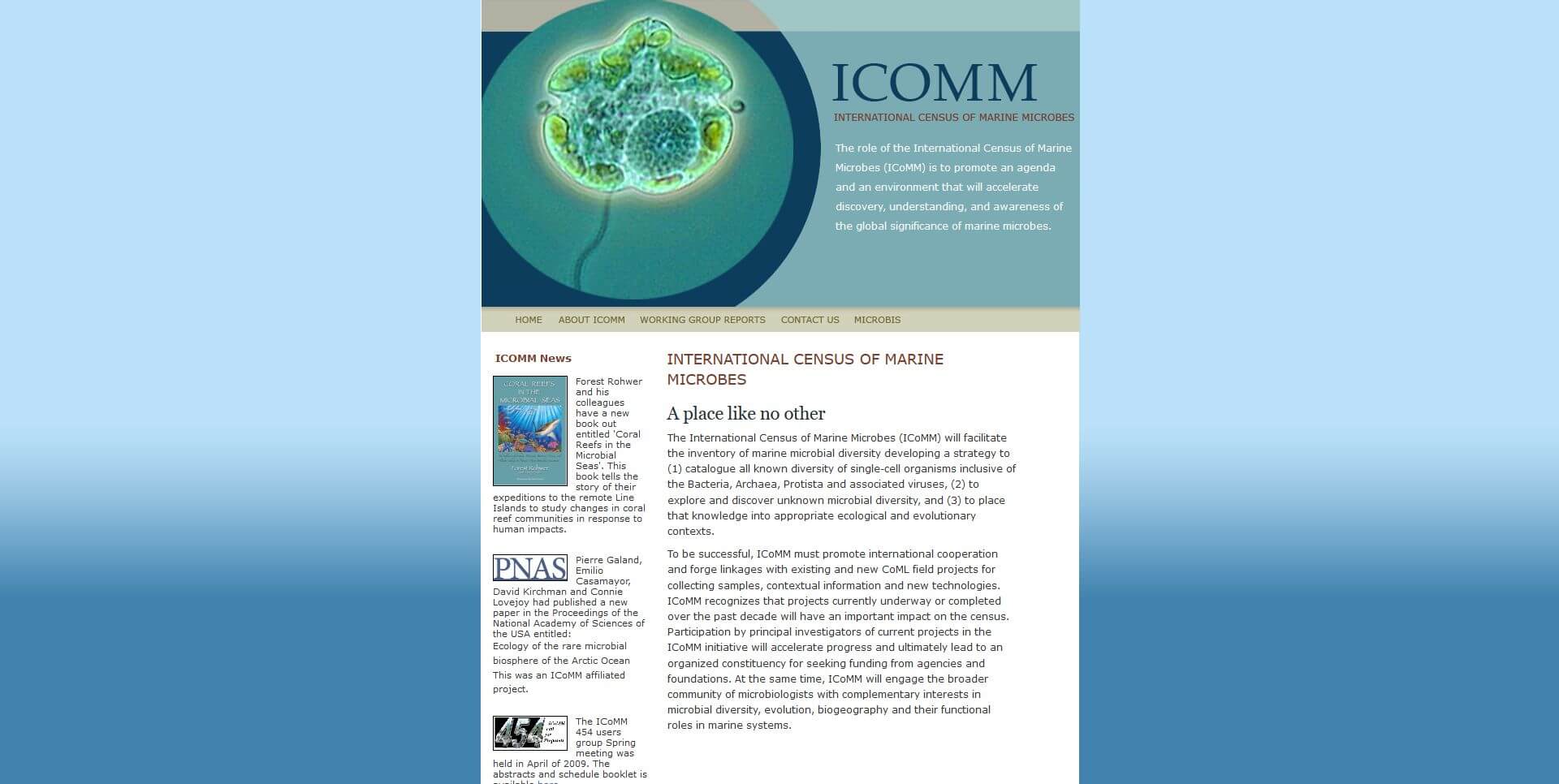 International Census of Marine Cyberinfrastructure to index and organize what is known about microbes in oceans. Development Microbes of the Microbis database.

The International Census of Marine Microbes (ICoMM) will facilitate the inventory of marine microbial diversity developing a strategy to (1) catalogue all known diversity of single-cell organisms inclusive of the Bacteria, Archaea, Protista and associated viruses, (2) to explore and discover unknown microbial diversity, and (3) to place that knowledge into appropriate ecological and evolutionary contexts.

To be successful, ICoMM must promote international cooperation and forge linkages with existing and new CoML field projects for collecting samples, contextual information and new technologies. ICoMM recognizes that projects currently underway or completed over the past decade will have an important impact on the census. Participation by principal investigators of current projects in the ICoMM initiative will accelerate progress and ultimately lead to an organized constituency for seeking funding from agencies and foundations. At the same time, ICoMM will engage the broader community of microbiologists with complementary interests in microbial diversity, evolution, biogeography and their functional roles in marine systems.