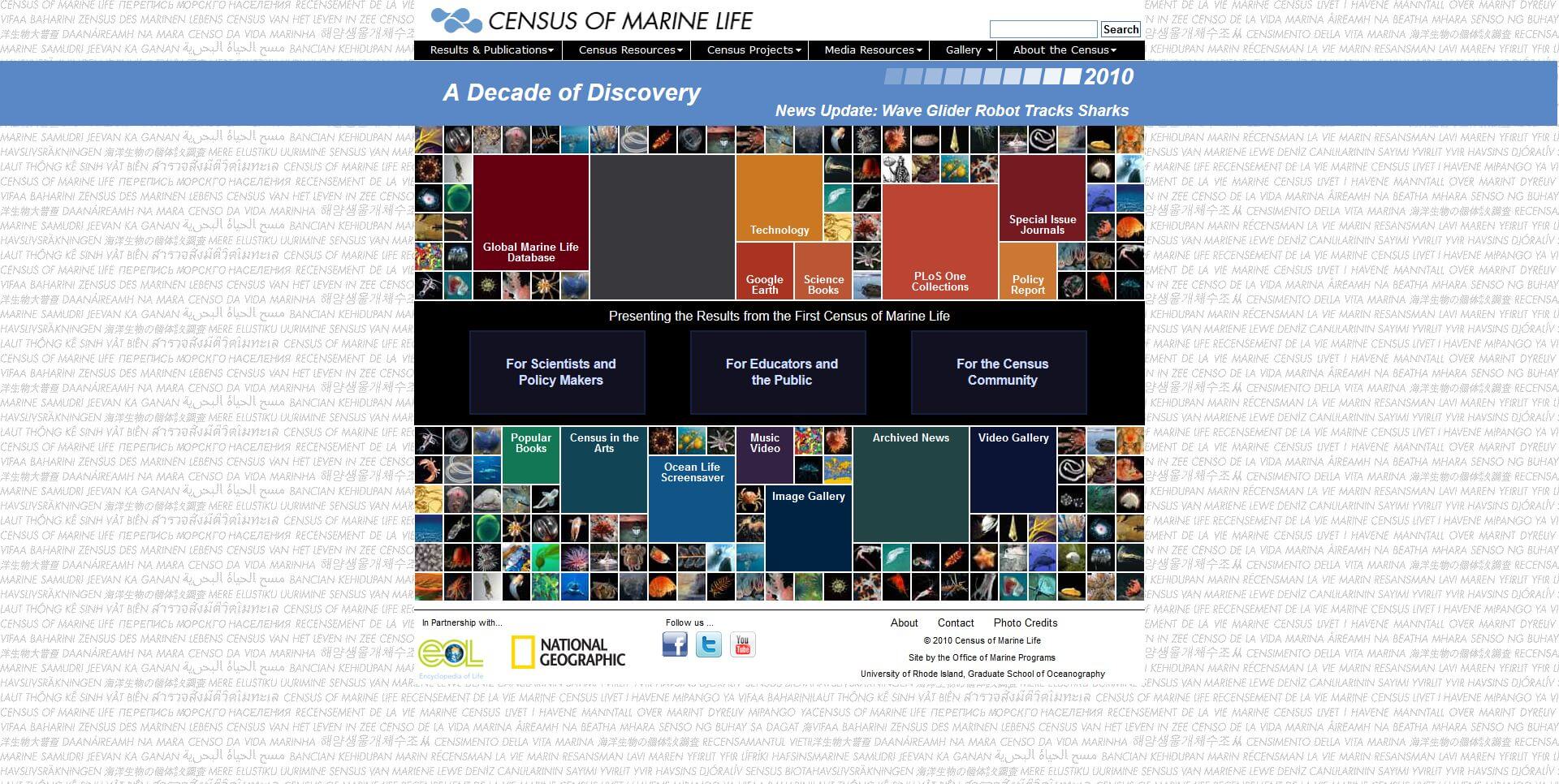 Census of Marine Life Global network of researchers engaged in a scientific initiative to assess and explain the (COML) diversity, distribution, and abundance of life in the oceans (notably the project OBIS).

The Census stimulated the discipline of marine science by tackling these issues globally, and engaging some 2,700 scientists from around the globe, who participated in 540 expeditions and countless hours of land-based research. The scientific results were reported on October 4, 2010 at the Royal Institution in London.